Native Americans Proud of Bradford’s HeismanComment:  Ah. Now I see a good reason to consider Bradford a role model. It's not his success at throwing a ball around a field. It's doing so while while maintaining a 3.95 GPA.

Yes, that's something Native children should emulate. Go to college, major in a serious subject, and get good grades. And if you have time for extracurricular activities, so much the better.

Funny that none of the articles on Bradford have mentioned his scholastic success until now. I wonder why that is. Could it be that a few people admired Bradford for the wrong reason: because he won football games? Hmm. 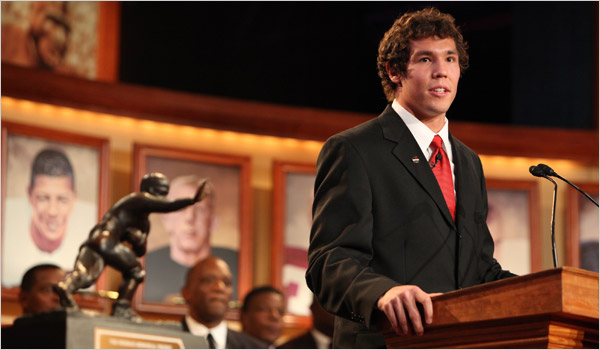