How to tame a wild Indian

André P. Cramblit has posted an 1892 essay by Capt. Richard H. Pratt on why he founded the Carlisle Indian School.

"Kill the Indian--Save the Man"And:Comment:  And once he possesses a "civilized language and habit," he can launch a world war, vaporize a city or two, and try to commit genocide--just like the "civilized" white man.

Below:  White men prove their "superiority." 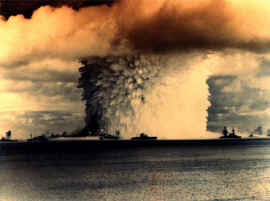