Race a Dominant Theme at Summit

Subject Seen as Drawing Leaders CloserComment:  For more on the subject, see Peace Prize for Morales? and Indians Rise in Latin America. 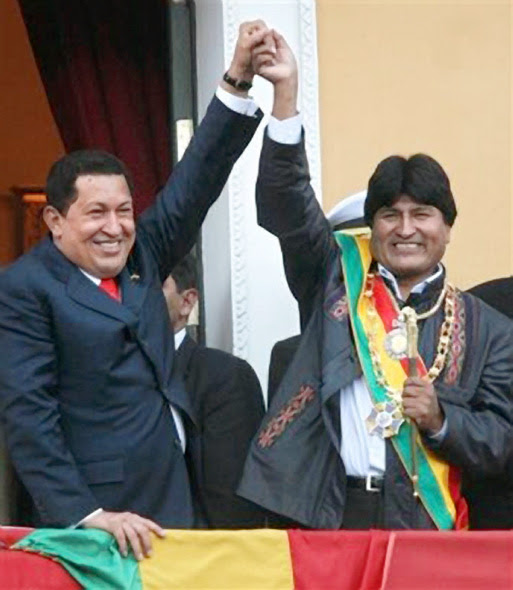 Evo hoisting his fist with a fascist dictator makes the "guilt by association" charge stronger.

Stop getting your news from FoxNews and conservative talk radio. South America is finally seeing many of its Native populations empowered. The real fascist dictators are right here in our country.

You're right, dmarks exaggerated. Chavez is merely a fascist dictator-wannabe. If he gets his way, he can drop the second part.

If he ever achieved the authoritarian power that Americans tend to believe he wants, then he'd be George Bush.