From a press relesase:Comment:  Interesting to see the supposedly primitive Inuit take the lead in campaigning with new media.

For more on climate issues, see Global Warming Is Racist and Droughts, Floods for Indians. 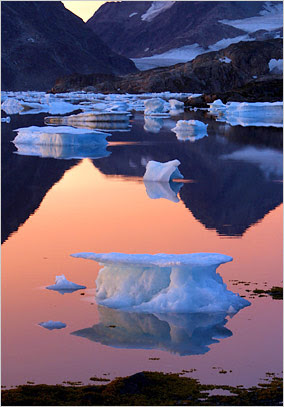