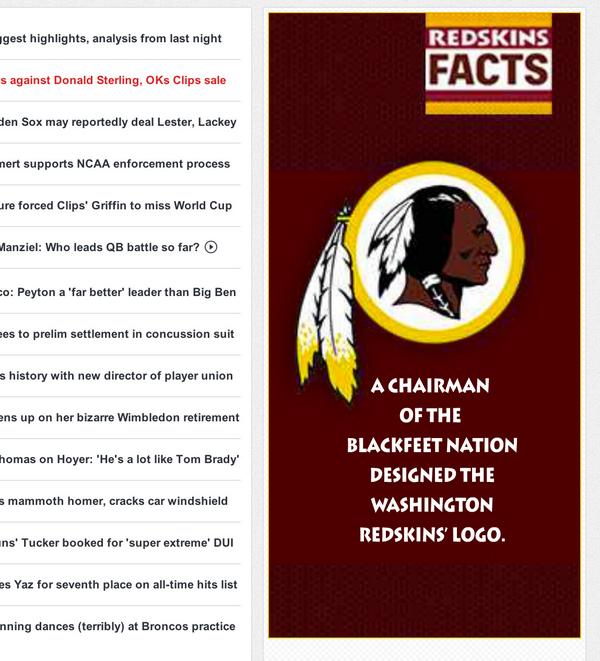 The sad desperation of the “Redskins Facts” site

Who's really behind the "growing online community"?

The team wants you to think there's a grass-roots movement in support of its offensive nickname. The site’s source code suggests otherwise.

By Josh Levin and Jeremy Stahl

Burson-Marsteller quickly admitted it was behind the faux "grass-roots effort":

Comment:  I'm not sure the Washington team can do anything but lie. They certainly haven't told the truth about the widespread Native opposition to the dictionary-defined racial slur.
Posted by Rob at 11:37 PM