Around that time I posted the following on Facebook:

Hard to believe Jefferson seriously thought he could move all the Indians west of the Mississippi, where they'd 1) assimilate into American culture and 2) live unmolested by white settlers. This is a ridiculous fantasy on so many levels. Ambrose criticizes the plan to some extent, but not nearly as much as it deserves.

That's about how dumb Jefferson's plan was. Even if Ambrose stuck to primary sources, I bet he could've found someone critical of it. Saying "here's what Jefferson intended" and leaving it at that isn't enough. 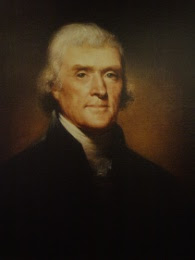