White St. Louis Has Some Awful Things to Say About Ferguson

By Julia IoffeAnd of course conservatives have begun to demonize Michael Brown the unarmed youth. Just as they did with Trayvon Martin. Just as they do with every brown victim so they can feel good about their bigotry.

By Dylan ScottHave you heard conservatives express sympathy for a brown victim of crime? I don't think I have. Predictably, they take the side of any white person who kills a brown person.

“He is a hero”: Why the KKK is raising money for Ferguson police officer who shot Michael Brown

Desperate for publicity and any opportunity to spread hate, the KKK said more white cops should follow suit 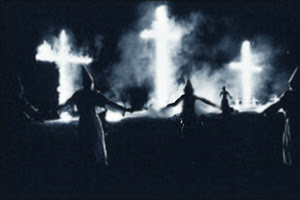