Ellie Goulding in a headdress

Ellie Goulding posed for a picture in a Native American outfit for Halloween
Within minutes of sharing snap on internet, singer had been branded 'racist'
She was told wearing costume was 'no different than wearing black face'
Singers Sinitta and Cher have been seen in similar outfits in recent weeks
But Conservative MP Philip Davies called on the singer to ‘stick to her guns’
Miss Goulding said she wore the 'beautiful' headpiece for about five minutes
27-year-old to donate to campaign supporting Native American young people

By Sam CreightonSome background on Goulding: 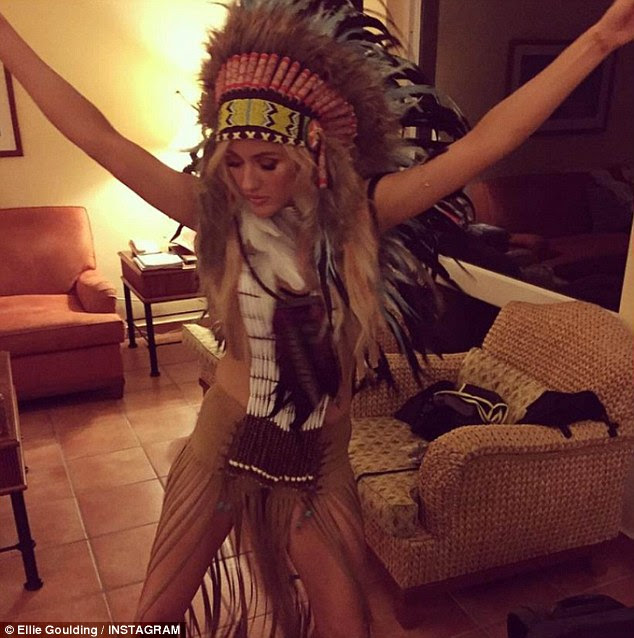 As usual, non-Indians stuck up for the "right" of white people to be racist. A couple of brave souls went beyond the usual trolling in comments sections:

Goulding didn't apologize for her Pocahottie costume, but unlike the racists above, she apparently recognized she did something wrong.

Ellie Goulding pledges to support Native American charity after picture mishapOf course, talk is cheap. I wouldn't bet a lot on her actually making a donation.