The Day After the Verdict: Is This a Joke?

Everything the Darren Wilson grand jury got wrong: The lies, errors and mistruths that let Michael Brown’s killer off the hook

The prosecutor's document dump was designed for transparency. It shows how transparently flawed the process was

Justice Scalia Explains What Was Wrong With The Ferguson Grand Jury 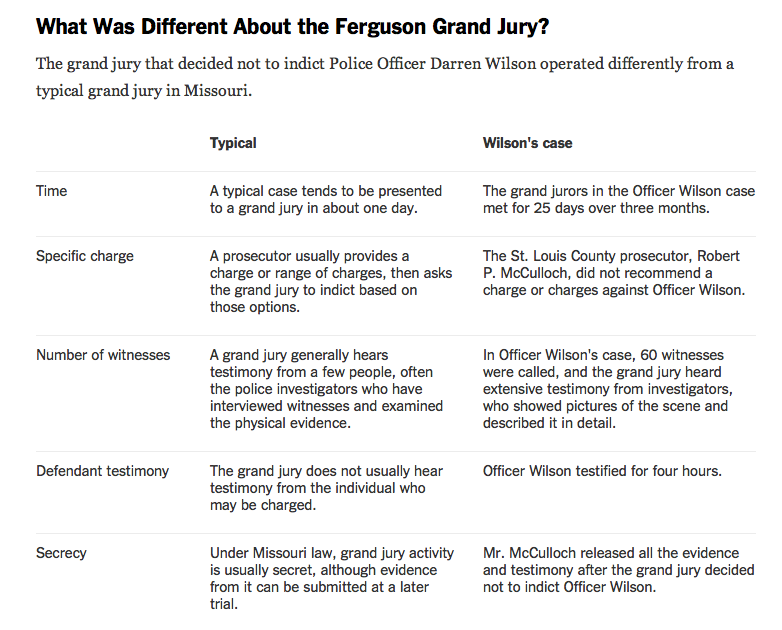 Failing to indict someone is incredibly rare:

The police as well as the prosecutor handled the Brown case badly:

More thoughts on what the outcome says about our flawed and biased justice system:

“Something is very, very wrong”: Why Ferguson exposes our system of justice

Email ThisBlogThis!Share to TwitterShare to FacebookShare to Pinterest
Labels: Ferguson