Someone e-mailed me a mock "memorial program" for the Washington Deadskins (née Redskins). Presumably the Deadskins died of a poor win-loss record caused by bad karma due to their Indian mascot. Here's an excerpt:Comment:  I think this was created by a disgruntled Redskins fan, not a disgruntled mascot foe. But it serves both purposes.

Below:  Another crying Indian. 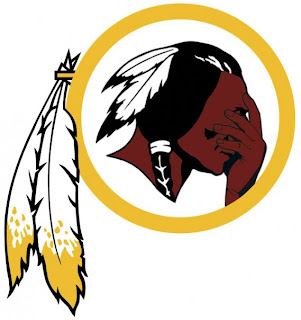