Why Republicans Protect the "Honor" of Offensive Team Names 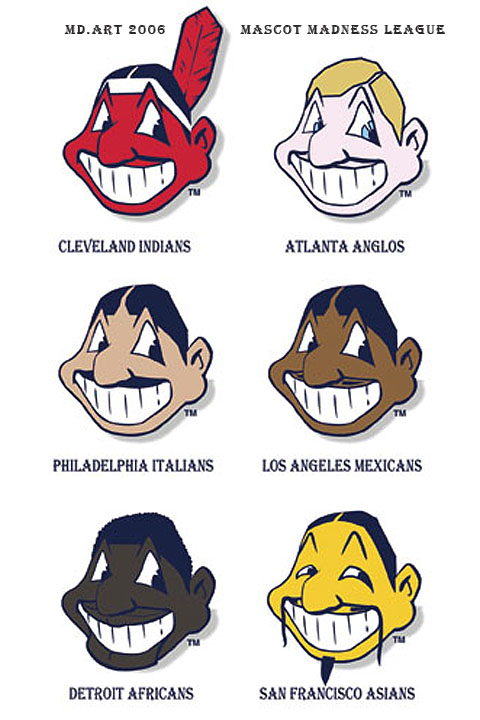 (Art by Michael Darmody, a student at San Juan College.)

Goulka doesn't say how it happened, but he apparently went through a conversion from mascot lover to mascot hater.

Even Indians go through this process sometimes. Some of them like or are indifferent to mascots until they experience the harm firsthand.

Here's one Native woman's explanation of why she came to oppose mascots:

By Autumn White EyesComment:  I'll spell out the connection between these two columns. Most Americans don't recognize or understand the Indians' continued existence. As far as they're concerned, Indians are primitive and superstitious savages who vanished or should've vanished long ago.

This is particularly true among conservatives whose attitude is "America, right or wrong!" They refuse to acknowledge the land thefts and massacres that enriched their ancestors.

When Indians are fictional characters to you, you don't take them seriously. You don't "feel their pain," much less the need to do anything about it. Indians are like sick and hungry Third World castoffs--poor creatures that are somebody else's responsibility, not ours.

To paraphrase Goulka, "Americans are scared to death of empathy. It could lead them to get past their false moral narrative and see the many ways that their policies harm minorities, women, and the poor." And that, not just the elimination of mascots, would help Indians tremendously. That's what the mascot fight is really about: getting Americans to realize Indians are real people with real problems.