"From Super-Chief to Tonto"

From Super-Chief to Tonto: What comics tell us

By Niigaanwewidam SinclairSinclair goes through five categories of stereotypical characters:Comment:  Most of the "warriors" are artifacts and most of the "wannabes" are warriors.

I wouldn't have labeled the range "From Super-Chief to Tonto," since those two characters span only a few years in the 1950s. "From Turok to Scalped" is a better summary of the genre.

I guess "From Super-Chief to Tonto" could be a commentary on the limited range of Native comic-book characters. Like they go all the way from A to B.

For more on the subject, see Mazinbiige Comic-Book Collection. 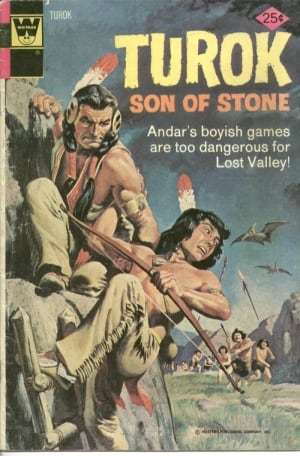