One of these is an electronic version of a paper doll called Native American Clothes:The image below gives you a good idea of the game: 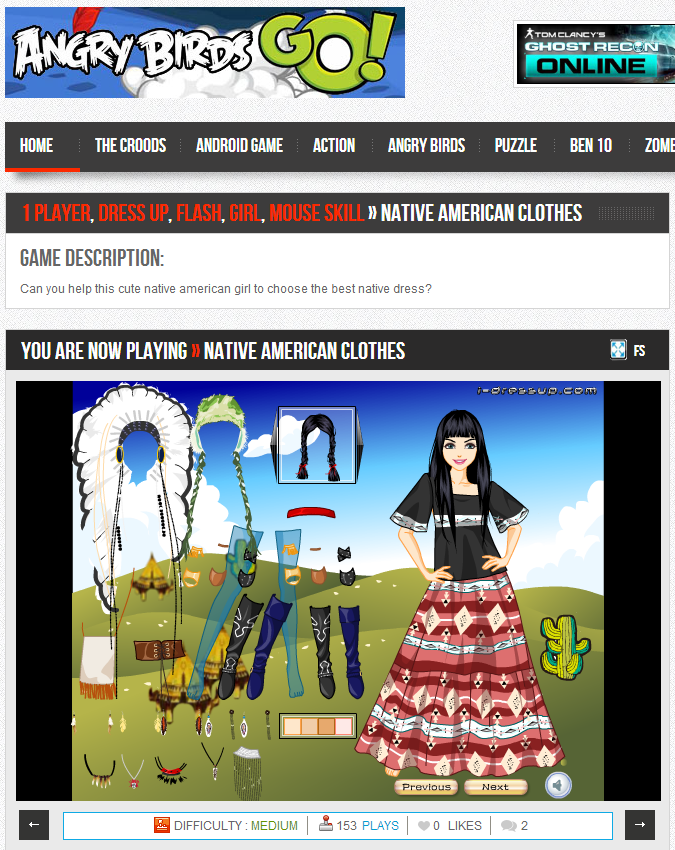 On the positive side:

On the negative side:

The overall impression is that there's only one kind of Native, one culture, and one style of dress. In short, the game is painfully generic.

As my comments suggest, "Native American Clothes" could be better, could be worse. I wouldn't recommend it to anyone, but all the "Pocahotties" in buckskin skirts could learn something about what today's Indians wear.
Posted by Rob at 3:00 PM