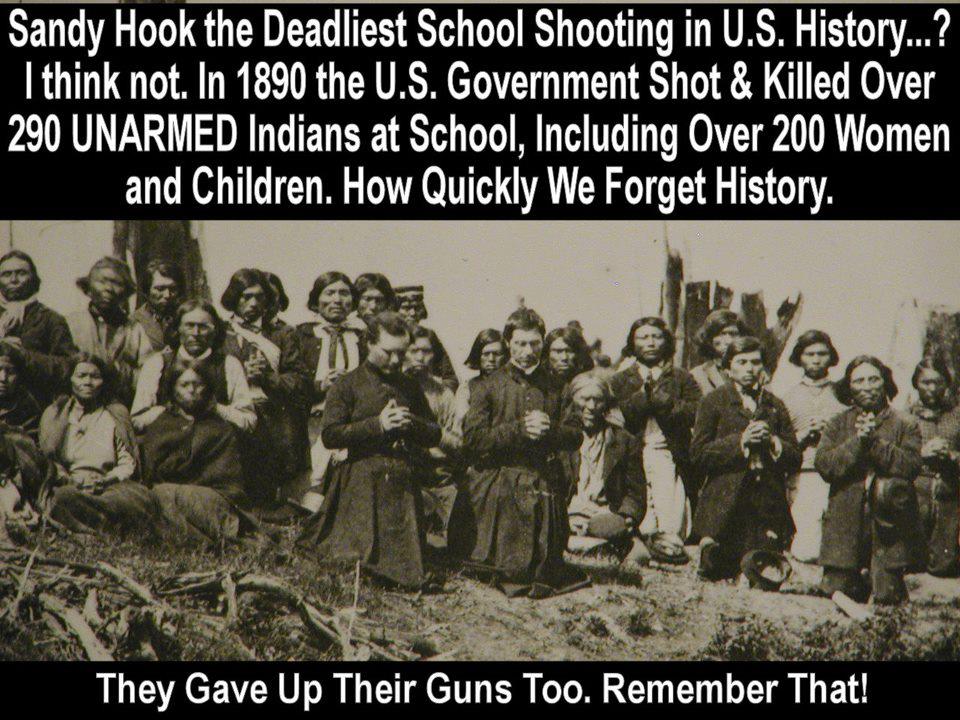 The problem isn't just conservatives trying to score points by falsely linking gun control to massacres. It's also liberals who aren't paying enough attention and think they're saying something about Wounded Knee.

As you may recall, I dissected this image in Phony Pro-Gun Indian Image. Now another site has chimed in with a debunking:

Was There an 1890 School Shooting Worse than Sandy Hook?To help the idiots who want to forward this false or misleading image, I created an accurate version: 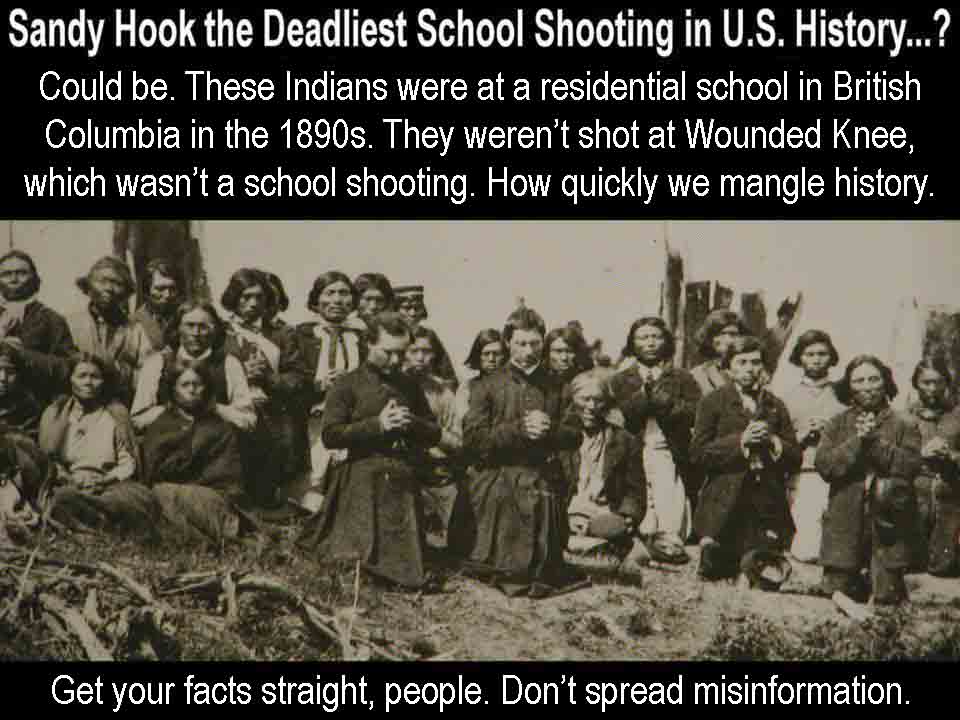