Why are Indian Guides gone?

Answer Man: Why are the Indian Guides gone?

By Roger SchlueterSchlueter's answer, in part:My response: The Y-Indian Guides never promoted "the best of Indian life." It promoted a stereotypical, one-dimensional view of Indians as primitive chiefs, braves, and wampum-keepers. It ignored the wide diversity of thousands of Native cultures, not to mention the Indians' continued existence as modern-day people who don't dress in feathers and leathers.

For more on the subject, see YMCA-Indian Guides. 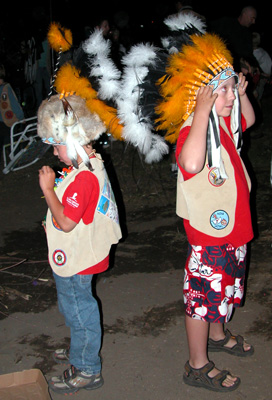