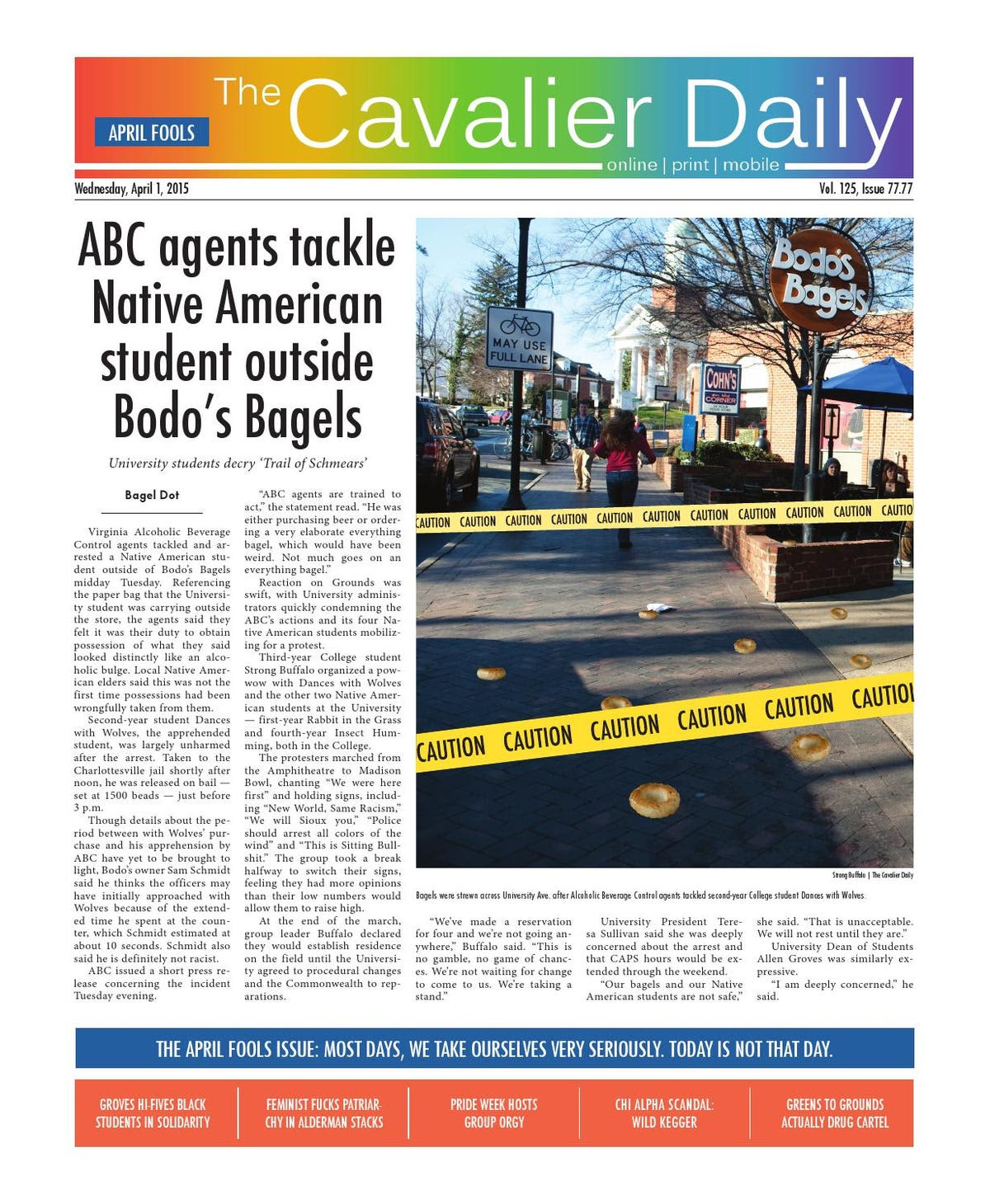 The most interesting part of this incident is this letter from The Declaration, another campus publication:

An Open Letter to The Cavalier DailyComment:  This excellent commentary applies to every attempt to "satirize" racism by using stereotypes--chiefs, teepees, braves, buckskins, tomahawks, etc.--uncritically. That is, by simply emulating a racist work but claiming you're doing it "ironically," to mock the stereotypes.

Again, in satire, "the abuses of the overculture are deconstructed and critiqued." Simply displaying examples of abusive racism or stereotyping isn't deconstructing or critiquing them. A "satire" isn't a satire unless you actively attack the target of your ire.

For more on the subject, see Stereotyping Explained to South Park Apologists and The Dudesons, Polish Jokes, and Minstrel Shows.
Posted by Rob at 7:56 PM