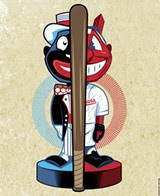 Indians and blacks too

Some related research on stereotypes:

Stereotype Threat Widens Achievement GapStereotypes found to affect performance on standardized testYes, it makes sense that any kind of stigmatizing--e.g., "You're a girl, so you have to try harder"--would increase anxiety and decrease performance. So there's no rational way to spin a racist stereotype as an "honor" that helps Native children. It would be like encouraging me with an 18th-century image of a dirt-poor farmer in an log cabin.

How would that relate to my experience in the 21st century? Try harder and I can be a dirt-poor farmer too?

If a school had a program that honored real live Natives, that might be different. But few if any schools have that.

This point could generate a whole article. An article ripping the idea that centuries-old images are supposed to help Natives in general and Native students in particular.

It obviously wouldn't work if you showed black students pictures of half-naked African spearchuckers. How exactly is the Native case different? 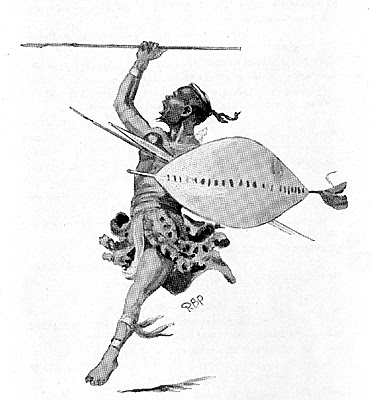 Be all that you can be, African Americans! Aim for the stars!

By Rob StottComment:  For more on the subject, see The Harm of Native Stereotyping: Facts and Evidence.
Posted by Rob at 10:27 PM