Another racial controversy broke out this week. This time it was a black professor tweeting mean things about white people.

Here's the first thing I read about the controversy--a right-winger's take on it: 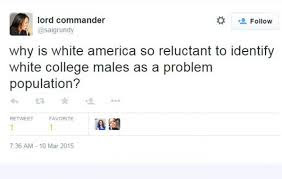 In fact, the term "problem population" strongly implies it's a generalization about a group. Some people in this population are a problem.

So conservative critics are wrong from the get-go. As they usually are.

Some people couldn't let the persecution of the underprivileged white majority go unchallenged:

“Deal with your sh*t, white people”: Professor ignites a right-wing firestorm over “white college males as a problem”

By Mary Elizabeth WilliamsRage at the machine

Others defended Grundy by noting the obvious: that she was tweeting provocatively to, well, provoke people. Not to deliver a nuanced lecture in 140 characters, but to vent at America's ongoing racism and sexism.

The controversies surrounding Michelle Obama’s commencement speech at Tuskegee and incoming Boston University professor Saida Grundy’s tweets remind us of the ways in which intellectually provocative black women are forced to navigate the public sphere.

By Peniel E. JosephComment:  For more on white privilege, see Whites Can't Handle Racial Stress and "It Feels Good" to Be White. 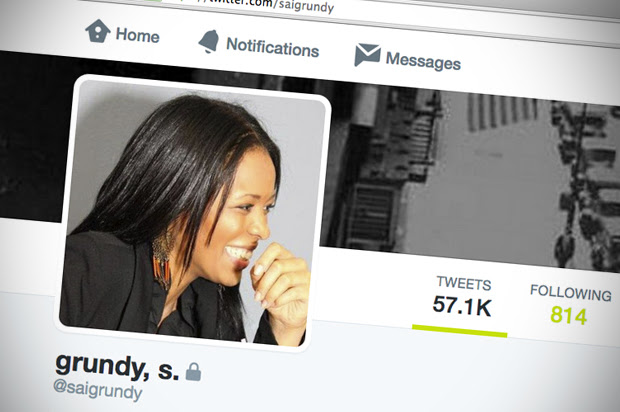