Why Indian mascots are anti-Indian

An excellent article makes a key point about mascots:

The invasion of America

The story of Native American dispossession is too easily swept aside, but new visualisations should make it unforgettableLet me explain. The glorification of Indian warriors--in mascots, the military, and so forth--sends a pro-American, anti-Indian message.

How so? Because it furthers the American mythology of benign conquest. Our band of brave soldiers fought their band of savage warriors on horseback. Just like you saw in the movies.

We won because we were more noble and heroic; they lost. But we've extended the hand of friendship to our former foes. Let's forget our past differences and celebrate our common warrior heritage.

How exactly is this anti-Indian? Because it reduces 500 years of conflicts to a few skirmishes where the "best side" won. It erases all the "wars of extermination, forced marches and expulsions," as the article puts it. All the times white people lied, cheated, and stole Native land and resources. Hundreds of broken treaties attesting to the white man's perfidy.

Moreover, it obscures the entire nature of Native America. The inhabitants weren't scattered bands of warriors on horseback. They were full-fledged nations with governments. They had complex laws, customs, languages, religions, arts, and sciences. The US didn't beat a few warriors in a fair or unfair fight. It decimated entire civilizations with its genocidal policies.

So talking about the strength and courage of Redskins or Warriors or Chiefs is a complete crock. It's designed to delude people into supporting the American mythology, the American way. The "conflicts" were "inevitable," so the story goes, so they couldn't be helped. Cultures "clashed," one side happened to win, and that's the end.

In particular, the "good guys" (Americans) won, so we'll pretend the "bad guys" (Indians) were good too. Both sides were good, so there's no need to question or challenge the mythology. We're all Americans now--North and South, black and white, American and Indian--so let's forget the past and move forward together.

That's what mascot lovers think. And that's what they want you to think. By challenging them, you're challenging the entire mythology of American goodness. They can't handle the truth, so they attack you instead. You lost, get over it, etc., etc.

All this because of the one-dimensional warrior stereotype. 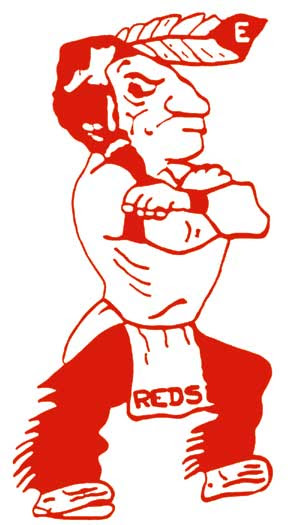