White Southern hate, stripped bare for all to see

As a nation finally confronts the truth about the Confederate flag, we join together to tear a hateful symbol down

By Heather Cox RichardsonComment:  Exactly. Every battle about a symbol is actually a battle about our core values. Displaying a cross = are we a Christian or secular nation? Gay marriage = is the Bible or the Constitution our source of law? Indian mascot = did we commit genocide and must we atone for it?

If a symbol is just a symbol, then replacing your Confederate flag or Indian mascot with a substitute should be no problem. The fact that it is a problem for you proves it's more than a symbol. 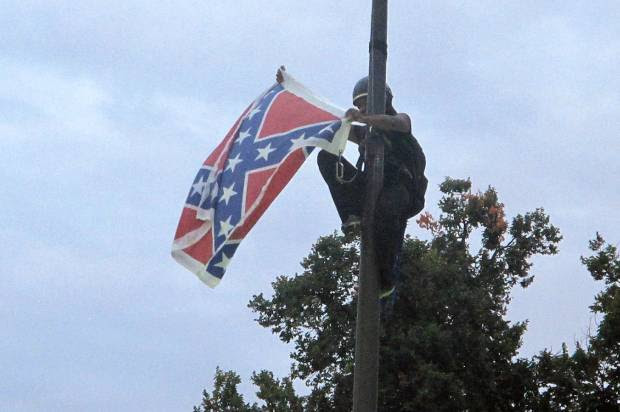