By Calum MarshComment:  For more on the subject, see David Guetta's Racist Pocahottie Promotion and Simpson and Boyle Wear Headdresses. 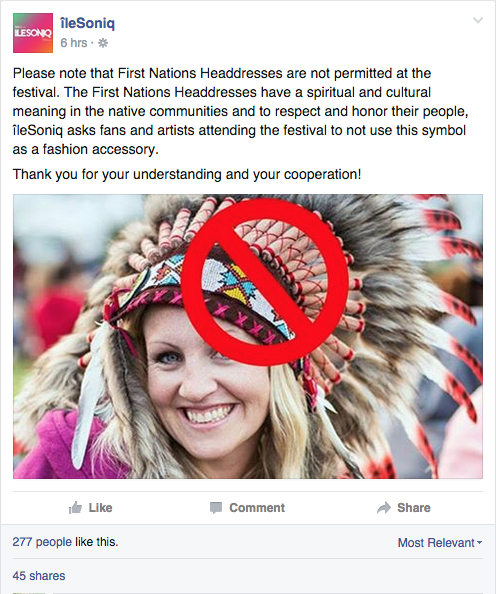