Peter King’s ‘The MMQB’ No Longer to Use ‘Redskins’ Nickname

By Chris LingebachSports Illustrated’s ‘MMQB’ site apparently won’t use the Redskins name any more, either

By Jay BusbeeApproaching a tipping point

A Facebook friend and I briefly discussed this development:Yeah, I saw it a couple of hours ago. But I didn't realized exactly who King was, so I didn't grasp its significance.

I wonder how Dan Snyder thinks this will end. After decades of protests, is he going to repeat the "honor" and "tradition" argument one more time? After a thousand times of dismissing this argument, will every activist, pundit, and publication suddenly reverse themselves?

"Oh, honor and tradition? Now we get it. We're sorry we criticized you so many times over the last few decades. Now that we understand your position, we'll accept the name without any further fuss."

I don't see any scenario in which all the "Redskins" opponents reverse themselves. There's no reason for them to do so--no argument that could change their minds.

This protest can go only in one direction. Namely, increasing pressure on Snyder until he caves in.

What's the over/under on how long he'll hold out? A year? If a publication such as the New York Times or Sports Illustrated changes its position, I'd say he's toast."Chinks" = "Redskins"

A columnist provides some context:

The ugly truth about our love of ‘Redskins’

By Jonathan ZimmermanAnd:The same applies to the Redskins' name and logo. These things are about confirming whites’ sense of superiority by making Indians seem like throwbacks. They are not about honoring real Indians. 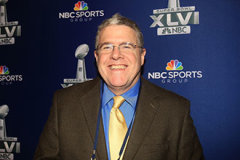 Had to remind myself this was the sports broadcaster and not the Congressman, the latter not having any reason to discuss sports, but certainly having a history of being a racist. ;)

Peter King is the racist, not Steve?

I tried to find something on Peter King's racism, but all I could find was a reference to another's racism:

Because Peter King or his website is banning the word "Redskins," you think he's a racist? How do you figure that?

Rob: I think he is referreing to some racism by the Congressman Peter King. A quick search didn't find any, but it might exist.

It is confusing enough with two Peter Kings and a couple of Steve(n) Kings.