By Stuart OldhamThese claims are ridiculous, of course. A child could point to big-budget movies that critics loved, and movies that made big profits despite negative reviews.

One writer easily swatted away the claims of Depp and company. His conclusion:

By Lucas ShawIn reality, critics have never had less influence over a movie's success. Duralde rightly put the blame where it belongs: on Depp and his stupid filmmaking moves. Including his stereotypical portrayal of Tonto.

For more on Johnny Depp and Tonto, see Skyhawk: Depp Dishonored Indians and Why The Lone Ranger Flopped. 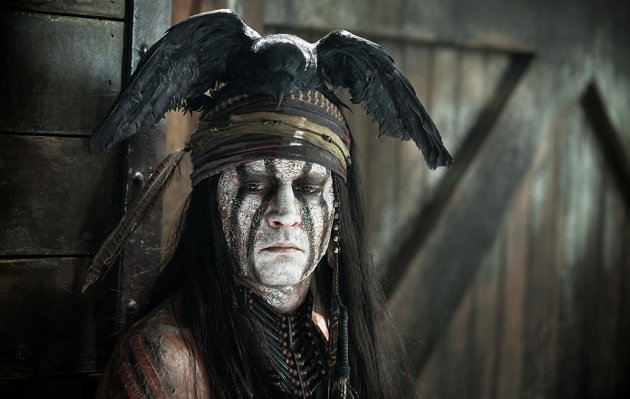 I think they could have done worse than to hire Russell Bates to write the film and to be an advisor.

In fact, they did far far worse. Nothing could be worse than this result.