More on the story begun in "Sealfies" vs. Ellen's Selfie and continued in Throat Singer Threatened Over "Sealfie": 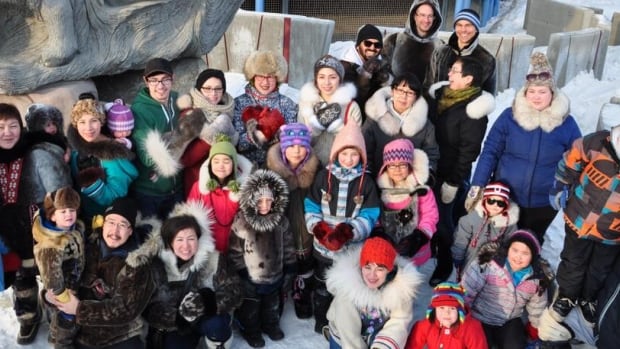 Inuit Answer Hollywood With Sealfie Photo Booths, Giant Group PicAnd:Below:  "About 30 people gathered in Iqaluit two weeks ago to shoot a pro-seal hunting #sealfie to protest a $1.5 million donation from funds raised by Ellen DeGeneres's Oscar selfie to the Humane Society of the United States, an organization that fights seal hunting." (Emily Ridlington/CBC)

Nobody likes you, get your shit straight...have you even traveled to Alaska and view my culture personally??