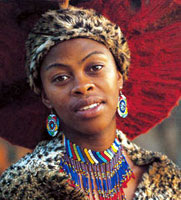 Writerfella here --
This posting sort of lops over into writerfella's bailiwick, but one would hope that the published works mentioned convey more information than did their analytical article. Ancient peoples, no mater where they arose in the world, all were astronomers in the rudimentary sense, revealing a commonality in the directions and purposes of human thought. But tying scattered legendary 'contacts' and supposed examples of incomplete sacred 'secret' knowledge together into a pattern of extraplanetary revelations and prophecies is a bit of a stretch even for writerfella's science fictional mind. Erich von Daniken did quite well with his 'analyses' and with the books he published on the various subjects. But it all seems to much Charles Fortean or Edgar Caycean to garner much serious regard. Among writerfella's Kiowans, there indeed are bits of arcane ancient knowledge that possess no explanations as to how it should be known. Barringer Meteor Crater near what now is Winslow, Arizona, was created by a bolide (exploding meteor) roughly 50,000 years ago. In Kiowan, the place is known as 'Thanh-Awn-Ote-Kya-Daw', "where a star fell." How could they know this and even preserve such knowledge with exact words in their language? Modern anthropologists admit to no proof that Native humans have been in the New World no longer than 16,000 years ago, the supposed Kennewick Man notwithstanding. That certainly says there should have been no human witnesses to the near-impact. Other words in Kiowan such as 'Tsoy-Caudle' more easily lend themselves to interpretation as that is the Kiowa word for the mastodon or the Wooly Mammoth, as science surely has found proof that Natives and giant Pachyderms were contemporaries in the New World. 'The Thunderbird' is a fairly common concept among Plains peoples but the Kiowan concept comes more from their Mayan derivations than from anything else. writerfella stuck out his neck with an interpretation of Kukulkan as a space alien visitor in his episode of STAR TREK, and he won an Emmy Award for his labors. But even he would be hard-pressed to correlate that ancient Native Americans were or are possessors of ancient exterrestrial knowledge that simply is waiting for the right passage of time to be revealed to the world.
All Best
Russ Bates
'writerfella'

The Sirius thing is a hoax. I was enthralled by it when I first read of it in the 1970s. Then later I read about how Robert Temple cooked his evidence.

More on the Dogon and Sirius: