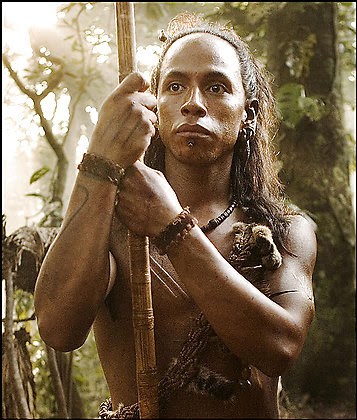 Writerfella here --
This is a case of psychological projection, accusing another of that which you stand accused. It is the same cat's paw as the DavidYeagley.org and DavidYeagley.com strategem. Or, poetically said, a case of the pot-smoker calling Black Kettle a canard...
All Best
Russ Bates
'writerfella'

Somebody fill me in, please. What in the world is Yeagley's motivation? Is this guy simply a crackpot, or does he have some other agenda?

I'd say Yeagley's agenda is to position himself as the last true Indian. The authentic voice of Indian people. Standing tall against the perfidious forces of socialism and liberalism and political correctness.

And earning fees from the right-wing propaganda machine because of it. It's a match made in hell. Yeagley confirms that other Indians are cheating the system--usually because liberals have duped them. Which tells his conservative audience that their views are correct and they can continuing ignoring the Indians' plight.

As I said, Yeagley usually blames liberals for duping Indians rather than Indians for being duped. But his underlying message is that most Indians are naive and ignorant (unlike him, presumably).

Be sure to see Al Carroll's response at DavidYeagley.org.

Writerfella here --
But 'Yeagleys' always have existed among us Natives, especiallty if they themselves wrer not Native. Ever hear the tale of "the Indian Crawdads"?
A white man was fishing in one of Minnesota's 10,000 lakes and had caught nothing. A local bait shop proprietor sold him a bucket of crawdads and told him they were guaranteed to catch fish. BUT - the shopowner said -, you must keep a tight lid on your bucket, or they'll escape and then you'll be sorry!
The white man fished and, surely enough, he caught fish. Then he saw a Chippewa woman come out on the lakeshore with the same kind of bucket he had. And she caught a sizeable fish with every cast she made. Then he noticed that there was no cover on her crawdad bucket. He made his way along the shore to where she was and said, "Ma'am,your bucket has no lid. Your crawdads are going to get away."
The Chippewa woman only smiled at him and baited her line. "What you don't know is that these are Indian crawdads. If one of them tries to get out, the others pull him back in again."
David Yeagley is an Indian crawdad...
All Best
Russ Bates
'writerfella'

Rudy Youngblood is a very special and very tallented young man that all I can say. Leave Him alone.

yeagley has no real direction, I liken him to a hyper child who no one can control. He cares not who he hurts, but especially the Elder.

I remember when his Aunt died(mothers sister), that he could not attend her funeral because of a prior speaking engagement in Florida. I knew then he had no love nor close ties with family. When an Indian family member dies, that close to you(a mothers sister) EVERYTHING STOPS...ITS AN INDIAN THING...FAMILY FIRST. His brothers and sisters never come to his forum, mine would be all over the site, embarrasing me.....but they would be there.

I do feel sorry for him, he has a good education for a white man, but he decided to be Indian late in life. He just went about it in the wrong way, and I think for the wrong reasons. His BAD, no ones' fault but his own ego.

He claims to be clean..no drugs, drinking, smoking, sex, no money, all he has is his Mythological Character "BADEAGLE", man in the maize, who no one else seems to be able to find any information on this person "BADEAGLE". No one would really care, and maybe we would accept This Myth but for his arrogant and blasphemy against the Indian People moreso, Indian Women.

Indian women are not supposed to be outspoken. STRONG, NASTY, FOUL MOUTH WHITE WOMEN(ANNIE) GET A PASS SIMPLY BECAUSE THEY ARE WHITE. Yet he calls strong Indian women who disagree with him...LEECH-LIKE,, CO-DEPENDANT, VICE-DRUG, SEXUAL PERVERTS, MAL-CONTENT, JEALOUS, GROSS, DISRESPECTFUL, HATEFUL AND GENERALY UNPLEASANT.

YOUR WORDS ARE FOREVER IN PRINT, NOT LIKELY THOSE STRONG WOMEN OF COLOR WHO READ THEM WILL EVER FORGIVE YOU, EVEN THE LONE ONE (bag) WHO CLAIMS TO BE YOUR FRIEND. SHE TURNS ON YOU FASTER THAN THE OKLAHOMA WIND, AND JUST A SHARP(not a compliment).