Some info on the indigenous-themed episodes of Gilligan's Island:

Comment:  These episodes are racist and stereotypical, of course. The natives grunt or speak made-up gibberish. They do little more than kill and eat people. They're played by white actors, usually in brownface.

If South Seas islanders were ever this savage and barbaric, it ended a century or two ago. You know, when white men conquered them and colonized their islands? Sent in the missionaries and forcibly converted them to Christianity and "good Christian" lifestyles.

By the 1960s, many island peoples were dealing with their British and French occupiers, demanding self-rule or territorial status. With all the traffic in the area--people must've visited Gilligan's Island dozens of times--it's ridiculous to think the indigenous cultures would have continued untouched. The islanders would be selling goods and services to waves of tourists, not hunting heads in grass skirts. 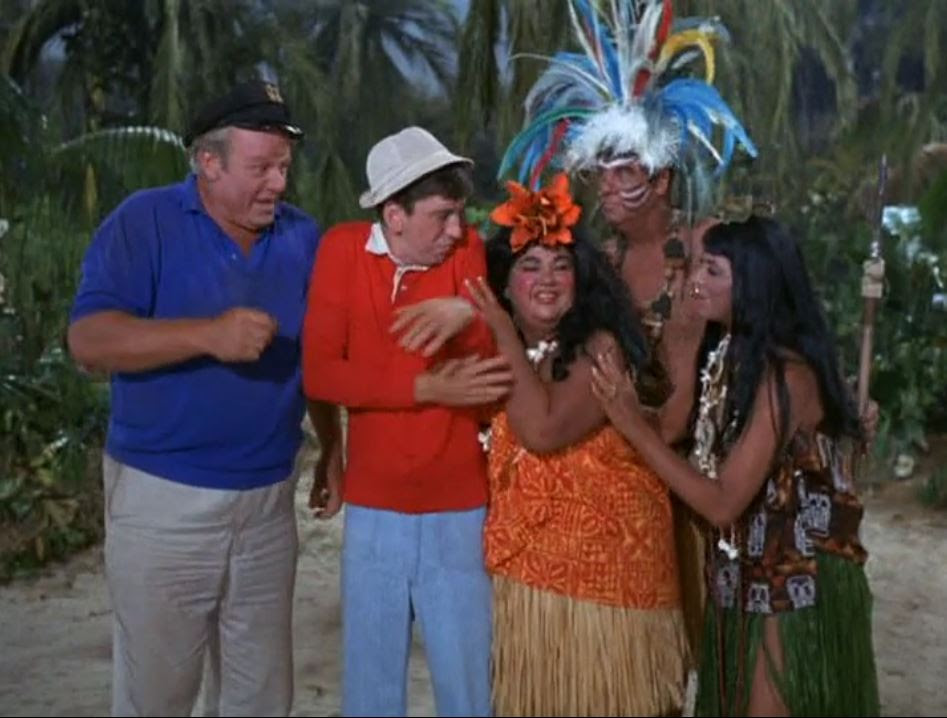