Pechanga wristband in The Simpsons

As the Pechanga Casino tweeted: 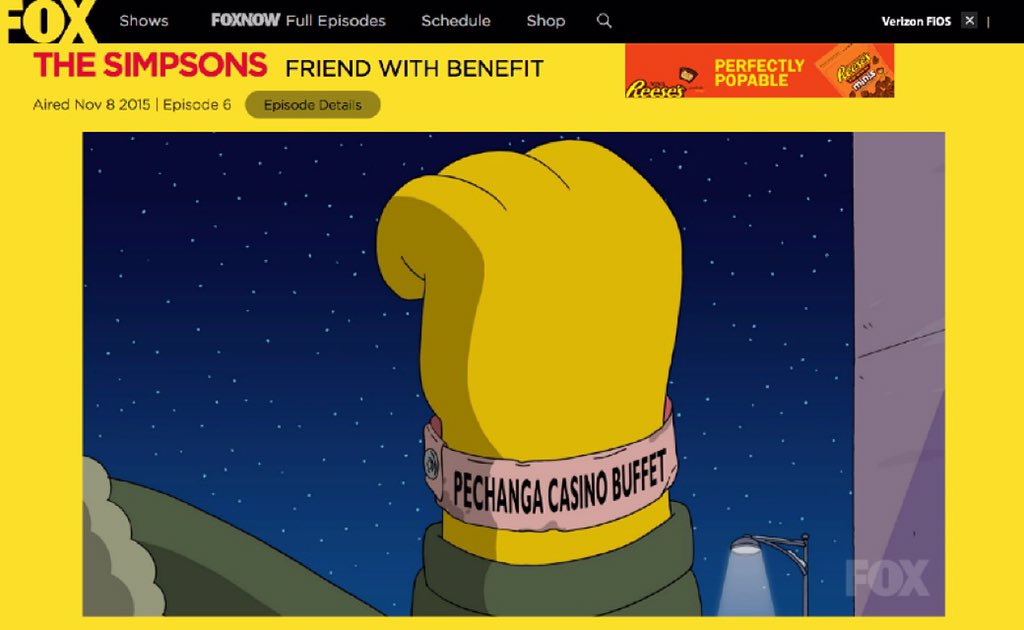 The context is this:

Episode Fact File: Friend with BenefitWhen the concert runners give Homer a wristband, he shows the one he already has. Apparently the producers have a thing for Pechanga, as they mentioned it in Pechanga Muffins in The Simpsons.
Posted by Rob at 3:53 AM