'Americans . . . a people of hope'Indians respond:Comment:  As brief as these remarks were, they're better than the pope's previous utterances on Natives. See Pope Insults Indians and Another Insult from the Pope for more information. 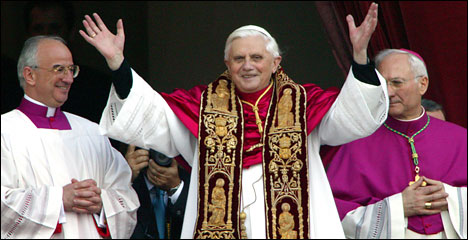 Writerfella here --
As a contrast in significance, writerfella can't remember the last time he ever mentioned the Pope...
All Best
Russ Bates
'writerfella'