If you watch Law & Order: SVU, you can guess why Adam Beach is leaving after one year. You can see that the writers weren't giving him any juicy storylines. That he was competing for screen time with Ice-T and Richard Belzer, the show's longtime supporting characters. That the show was basically wasting his talents.

The scuttlebutt at the NIGA convention in San Diego, where Beach co-hosted the Wendell Chino Humanitarian Award dinner, confirmed what you might've guessed. SVU wasn't using Adam sufficiently and that wasn't going to change. So he's moving on to bigger and better (or at least better) things.

Which begs the question of why Dick Wolf hired him in the first place. If you're going to add a movie star to your cast, shouldn't you give him a prominent role. Shouldn't you reduce or eliminate other roles so you can feature your big-name actor?

It's as if Wolf wanted make himself and his network feel good by hiring a Native actor, but didn't want to actually change the show to make a Native character work. Which mirrors his approach in his production of Bury My Heart at Wounded Knee. "Let's do the right thing by hiring Native actors, then tell the story from a non-Native perspective." 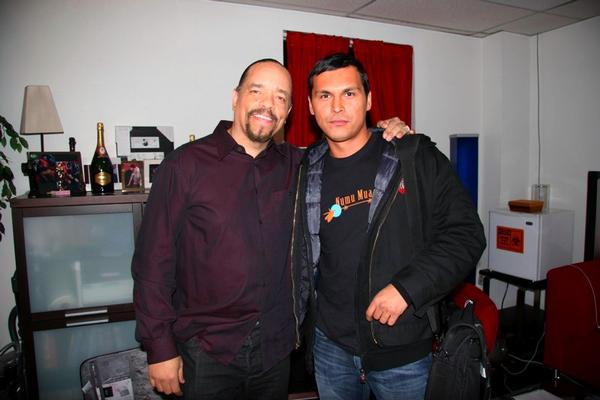 Writerfella here --
So-called 'diversity' always is short-lived, as witness the eventual end effect of The Open Door from the Writers Guild back in 1969. writerfella was the first student trainee to sell out of The Open Door, and then the program evaporated by 1972. Currently CBS and NBC tout their various 'diversity' endeavors but all you see them achieving is more employment and/or exposure for Sonny Roubideaux and his ilk. If Adam Beach realized he only was being 'house Indian,' and he then chose to leave, he is wise.
writerfella had an aunt who, when she left after the daily senior citizen meal, would say, "Guess I'll go home and watch black and white TV." Someone invariably would ask, "Don't you have color TV?" And she would reply, "Oh, yes. But all you see on TV are Blacks and Whites..."
All Best
Russ Bates
'writerfella'