Scalia and the "pretense of conquest" 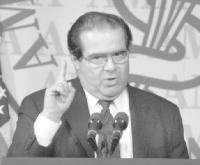