By Kathryn Star HeartComment:  For more on the subject, see Native Documentaries and News. 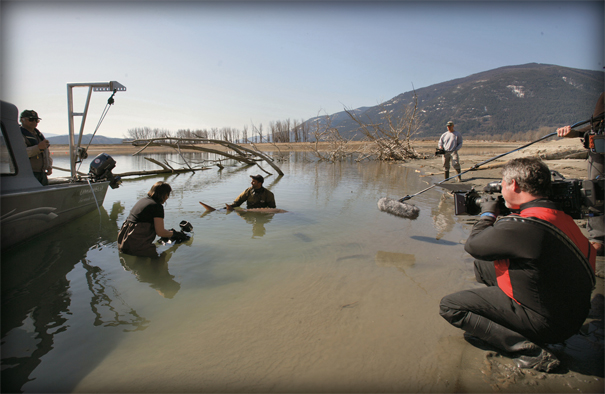 Hi Rob! This is Kathryn Heart writing to you from Bonners Ferry, Idaho to say thank you very much for including my story about Zeb Hogan and the Megafishes Project on your blog. It was quite an honor for our little town and especially for our sturgeon hatchery to be recognized for the incredible work it has done in saving this species. The Kootenai Tribe of Idaho deserves kudos for upholding their Covenent with the Creator in determining to rescue their sacred fish. It has been quite a learning experience as well as a spiritual experience for me as a white journalist to be able to shed some light on these wonderful people who quietly do great work. Thank you for getting the word out on your blog! If you are ever in North Idaho, come on down to the Boundary County Digest and say hi! :)