This is effective, but I think it would be even more effective if the strands were drops of blood rather than blood-colored strings. 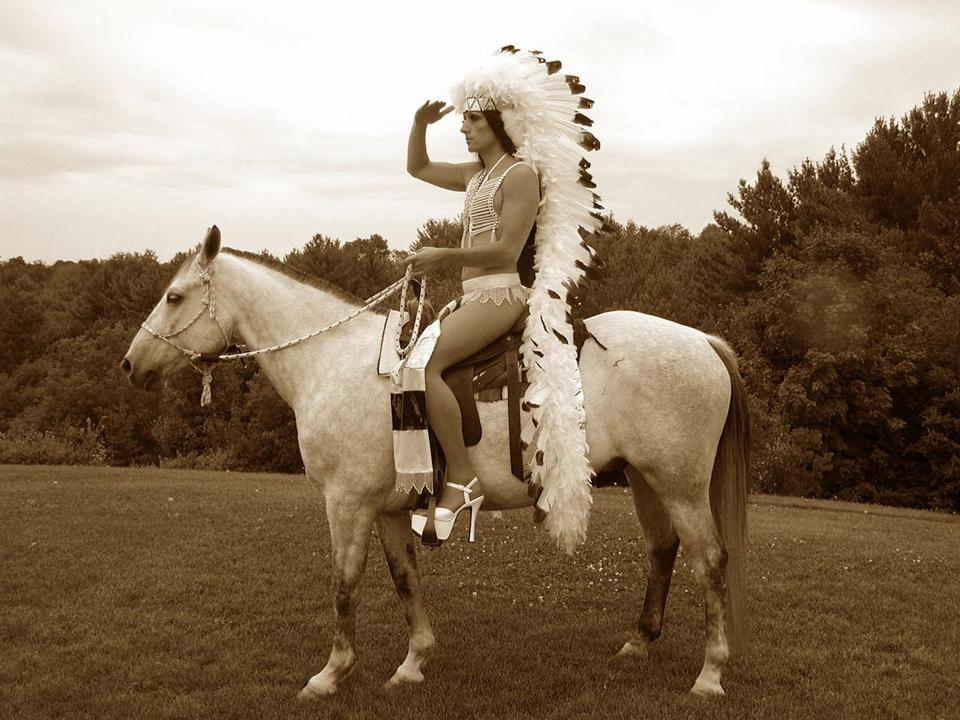 Love the idea of the two performers dancing to each other's music. Sounds awesome!

For more on modern Native art, see Remix Riddled with Clichés?
Posted by Rob at 12:38 PM