Class of 2012: Miss Blackfeet, bound for Stanford, hopes to inspire other Indian girls

Below:  "Sharen Kicking Woman, graduate of Loyola Sacred Heart High School and 2011 Miss Blackfeet, will be going to Stanford University in the fall on a full-ride scholarship, thanks to the Gates Millennium Scholars Program. Kicking Woman figures she’s ready to live away from Montana, having served as a U.S. Senate page last year in Washington, D.C." (Tom Bauer/Missoulian) 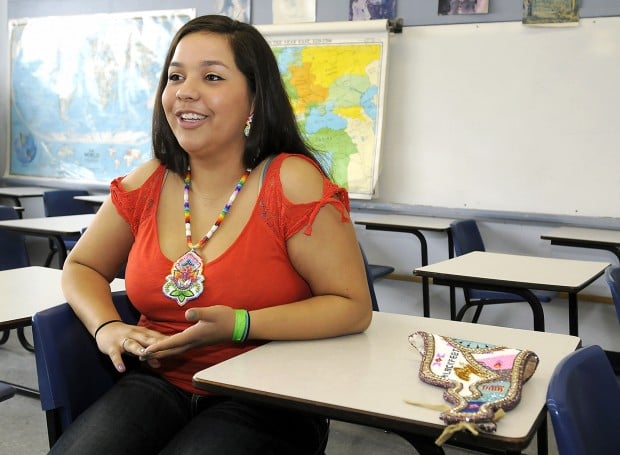