A 20-minute excerpt of The Lone Ranger suggests Natives will find even more to dislike in the movie: 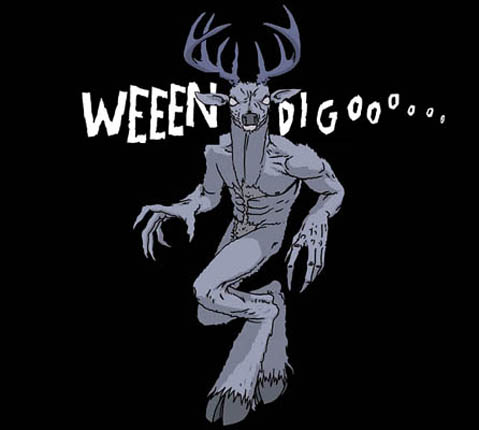 The Comanche Tonto confronts a northern woodlands Wendigo...because all Indians are, you know, the same.

From what we've heard so far, I expect Depp to give us a generic "mystical Indian." I'd be surprised if there's anything more culturally specific than "wendigo"--which is from the wrong culture.

Adrienne Keene reposted on the Native Appropriations Facebook page, leading to these comments:We know some filming took place in Monument Valley. We'll see if the movie explains why a Texas Ranger and a Comanche are facing a northern woodlands Wendigo in southern Utah's Navajoland.

I'm pretty sure a wendigo is just a tall, skinny to the point of wasting away humanoid too. The hunger is a major part of the windigo mythos (and corresponding psychosis).