That wasn't so hard, was it? The name changed and the world didn't end. So far no "Redskins" fan has died of shock or a broken heart, but officials are monitoring the situation closely.

Meanwhile, the public outcry against the Washington Redskins continues to grow:

D.C. Council May Push Redskins to Change Name to Redtails"Redtails" isn't an impressive name even if it honors the Tuskegee airmen. "Redhawks" or another "Red-" name probably would be better. But never mind.

Joining in the fun is the Funny or Die satirical website:

By Jonny LevinPushback against activists

But others are pushing back against the mounting pressure.

The Dubious Logic of 'The Washington Times' on the Redskins Issue

The pain of non-Indians who might have to stop using a terrible ethnic slur? Boo-hoo! How horrible to infringe on their right to mock and hurt others!

Let Deadspin.com handle this one:

This Editorial Defending The Redskins' Name Is Just So Goddamn Dumb

RG3: The Redskins Name and the 'Tyranny of Political Correctness'Anyone who thought RGIII might speak out against the racist team name was sadly mistaken.

AP Poll: Four in Five Americans Wouldn't Change Redskins NameA 20% disapproval rate is nothing to sneeze at. That was about the percentage who didn't approve of Bush's invasion of Iraq, initially.

More important, unless the poll explains the context--why Indians are offended by "Redskins"--the results are probably invalid.

Deadspin.com has a response to the poll too: 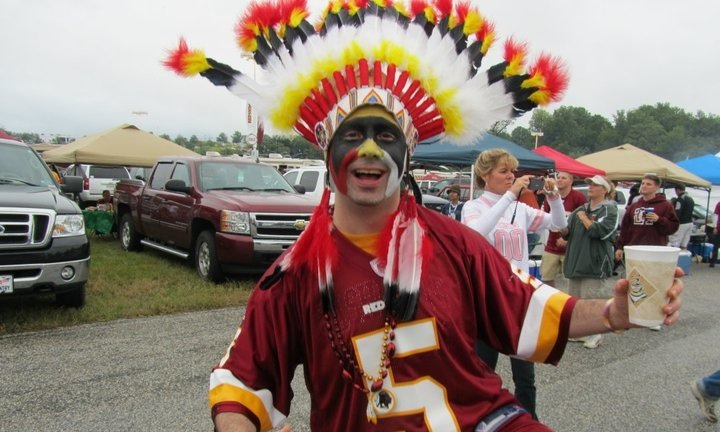 'Nuff said about fans who don't want to give up their racist attitudes.