By Scott CacciolaAnd:Indians screwed over again

People around the blogosphere quickly recognized the Mets' action as a craven cave-in:

By Travis WaldronComment:  Here's a great example of what I've said many times. Indian mascots exist to "honor" the phony, romanticized Indians of history, not real Indians. The sports teams and leagues that supposedly admire Indians don't. Rather, they admire their ability to inflate a sports team into a historical symbol they can exploit. If they have to choose between profits and people, they'll choose the almighty buck every time.

Below:  Atlanta Braves fans "honor" Indians by demonstrating how savage they supposedly were. 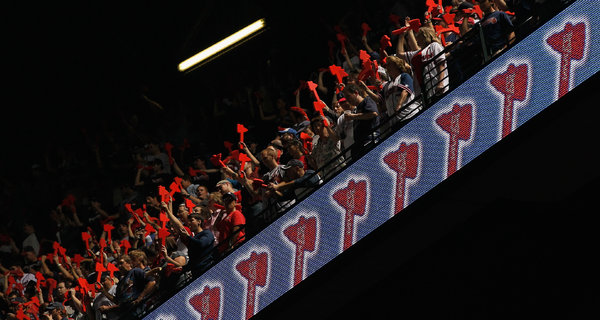