The department has evolved into Mvskoke Media, a multimedia arm providing information through print, radio, television and printing services to better serve the nation's citizens.

By Karen ShadeComment:  For more on Native journalism, see Top Native Stories of 2012 and Gary Farmer on Native Media. 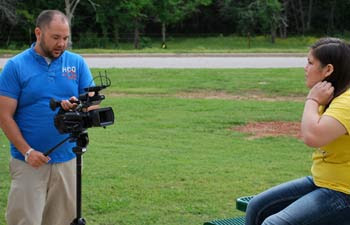