The racism against Canada's Indians continues:

Racial tensions rise along edges of Idle No More ralliesAnd:And the racism escalates:

Be Vigilant, Travel Together, and Be Safe--Idle No More Thunder Bay

By James MurrayComment:  Authorities are investigating this assault as a hate crime. It sure does sound like one. 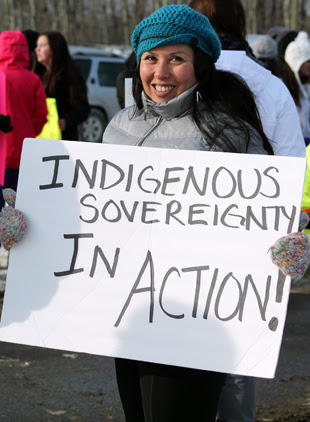 Email ThisBlogThis!Share to TwitterShare to FacebookShare to Pinterest
Labels: Idle No More, protests, violence against women