I received the following phone message August 11:Comment:  I ignored this message, since Haddaway obviously hasn't read my comics and is some sort of crackpot.

The phrase "hoodlums, thugs" suggests she might have read my Scalped page. And assumed that someone was criticizing my stories rather my criticizing Jason Aaron's.

Hoodlums and thugs, lady? Not in the first two issues of Peace Party, which you almost certainly haven't read. If you're not a liar or an idiot, tell us which page of which issue shows an Indian as a hoodlum or a thug. Go ahead, we'll wait.

The woman spoke in a halting and slightly slurred fashion, as if she were old or drunk or reading off a script she wasn't sure of. Her area code suggested a southern Texas location, where there are few if any Indians.

Indeed, I have only her message to assure us she's Native. She could easily be a wannabe or an "Indian" with a tiny amount of Native blood.

I Googled her and found a Linda Hadaway who's a romance writer in Washington state. She might be the person who called, but I'd guess not.

Here's what else I might say to Haddaway if we spoke:

One, you're more than two decades too late. Maybe you could use a time machine to go back to 1990 and undo everything I've done.

Two, I suggest you focus on Scalped, which has about a thousand times the readership and clout of Peace Party. It actually portrays Natives negatively, unlike my comics.

For more on Scalped, see Aaron on Ending Scalped and Aaron Looks Back at Scalped. 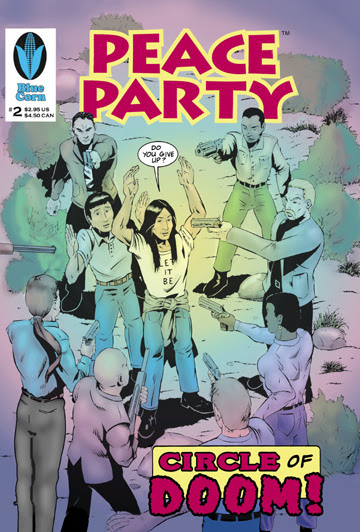 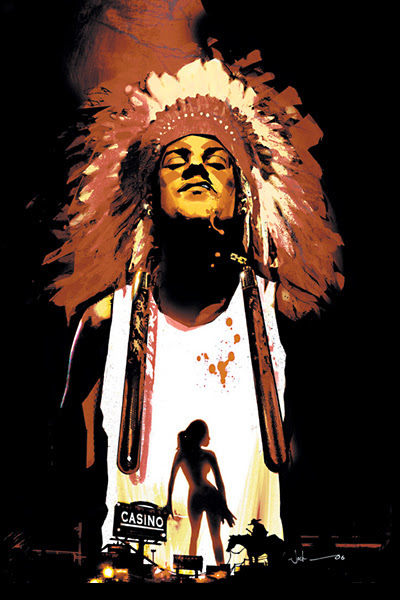