Do the Sweetwaters blur the lines of Native American culture?

By Simon Moya-SmithI didn't know face-painting was considered "revered," but some claim it is:Comment:  So the father is Southern Cheyenne and Osage and the mother is Navajo. They perform in Cañon City, which is in Colorado.

I'd say the Sweetwaters' act is problematical at best. A tipi with Kokopelli on it, a totem pole, powwow dances, and face-painting. It's sort of like the greatest hits of generic "Native culture." If the trading post sells dreamcatchers, headdresses, and toy bow-and-arrow sets, it would be just about "perfect."

The headline sums it up pretty well. Not teaching Native culture, but blurring the lines of Native culture. That's not the kind of education Americans need.

Elvira the mother talks about education:Sounds good, but what exactly is she teaching them? "My tribe is Navajo, and we traditionally did not have tipis, totem poles, powwow dances, or face-painting. Our performance is phony as far as the Navajo are concerned."

If that's what she's teaching--that most of her act is false--then great. But wouldn't it be easier to change the act than have to explain it away.

If she's not teaching that most of her act is false, that's another problem. I'm guessing she's not. 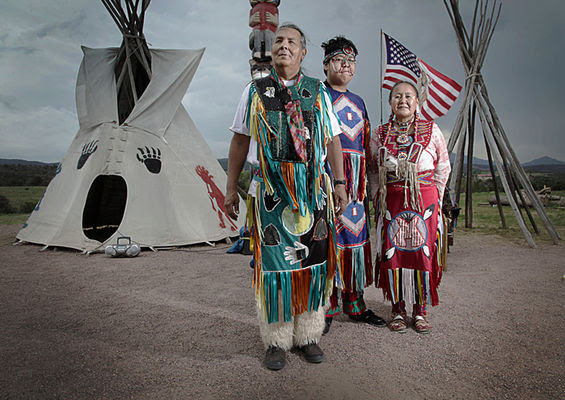