We get e-mail:This same e-mail went to everyone on a mailing list, I think. I shared it with my Facebook friends and asked, "Anybody seen a single iota of evidence of this happening?" Some responses:More sensitivity is good. But if people are asking about wearing Native jewelry, wouldn't that be a response to Urban Outfitters, Paul Frank, Victoria's Secret, and related controversies?

These controversies have been in the news, and they deal directly with jewelry and other fashion items. Where's the link to the "Redskins" controversy, and how exactly would that work?

Some Indians are protesting a racial slur, so non-Indians can't wear Native jewelry? Can you say "non sequitur"?

The writer signed himself as "Richard Afraid Of Bear." Does anyone know him?

Richard Afraid Of Bear in the 1940 Census

People have heard about dozens of headdress controversies, so they're growing leery of fake headdresses and costumes. I suppose genuine Native fashions could have suffered slightly as a side result.

If this is what's happening, it sounds good. People will exercise proper caution about dressing up as Indians. Genuine Native fashions will bounce back, if they need to, as people learn to distinguish the real from the fake.

And again, this has nothing whatsoever to do with the "Redskins" nickname. It's a complete fabrication as far as I can tell. You might as well say, "Indians are protesting the Keystone XL pipeline, so the white man is retaliating by not buying Native jewelry."

Oh, he does say "...and other forms of appropriations." In other words, the alleged loss of income may be related to anything besides the "Redskins" controversy. But it's more marketable to tag it with "Redskins" than to come up with an actual link between "appropriation" and reduced sales.

Such a transparent rhetorical trick.

Hey, the Indians protested Wounded Knee too. Maybe that has something to do with the alleged loss of sales. If we're making up fictional arguments, it could be anything!

FYI, the "Redskins" issue isn't about appropriating a name or image FROM Indians. It's about applying an unwanted name and image TO Indians. So talking about "Redskins and other forms of appropriations" as if it's one indivisible issue is sadly, stupidly wrong.

Jewelry I can sort of see, if I stretch, but "art pieces"? So people aren't buying Native paintings or sculptures because protesters are accusing them of "appropriation"? And customers are announcing their reasons for not buying within earshot of people like "Afraid of Bear"? Like, "I want to buy that painting, but I'm afraid my guests will see it hanging in my house and call me a hatemonger"? Because giving money to Native artists is exactly like buying Redskins tickets from Dan Snyder?

Or what, exactly? I can't begin to fathom this clown's arguments.

I'm guessing Afraid of Bear heard one artist complain about lost sales...ignored other explanations such as the recession...and concocted his whole "it's the protesters' fault" fantasy. 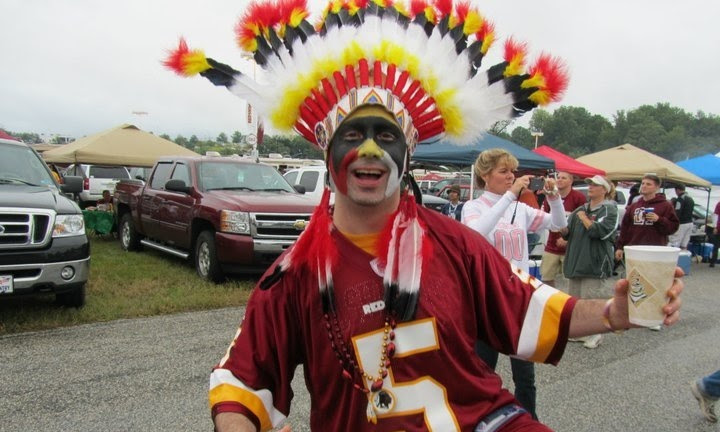 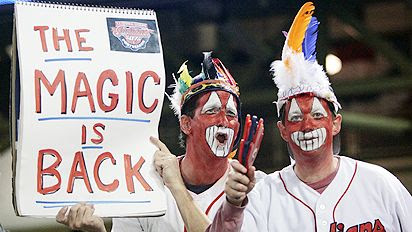 So non-Natives won't buy this?