By Brandon WatsonApparently a huge flame war ensued. This was the eventual outcome:Comment:  Considering this item was posted December 13, I'm not sure why they're talking about a Thanksgiving ride as if it's upcoming.

To make the obvious point yet again, you wouldn't hold an event with the theme "_______ and Blacks" or "_______ and Latinos." Most people understand that you're not supposed to dress up as members of another race.

Then why do people think it's okay to dress up as Indians? Indians are a large group of diverse peoples and cultures, not a stereotypical Halloween costume. 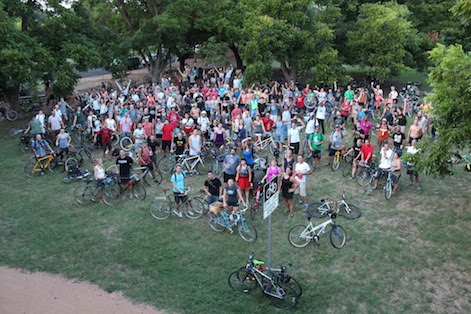 Email ThisBlogThis!Share to TwitterShare to FacebookShare to Pinterest
Labels: Stereotype of the Month, stereotypes, Thanksgiving