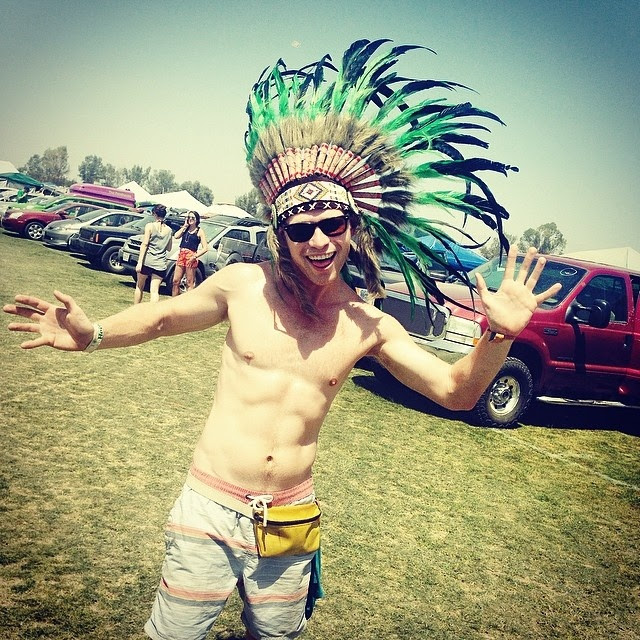 The Bros of CoachellaCoachella '14: Rent a $2200 Tipi to Match Your Hipster Headdress

Plus this hipster from a previous year:

What's wrong with this?

Why So Many American Indians Have an Issue With Coachella

Step Away from the Feathers: 10 Coachella Trends that Need to Die

Fest Fashion Sans Headdress: How to do Coachella/Native-Inspired Fashion RightComment:  For more on the subject, see One Direction Singer in a Headdress and Oklahoma Governor's Daughter in a Headdress.