By Brendan SonnoneAnd:More photos of the new uniforms:

The Seminole or Native-style elements around the neck and shoulders are nice in theory, but they're too small to be seen at a distance. The logo in the center of the chest is also too small.

The Nike swish is almost comical. The team is honoring Indians and tradition by selling out to a corporate sponsor.

But the real head-scratcher is the spears on the helmets. They reinforce the message that to FSU, Indians are nothing but savage spearchuckers.

For more on the subject, see FSU Updates Seminole Logo. 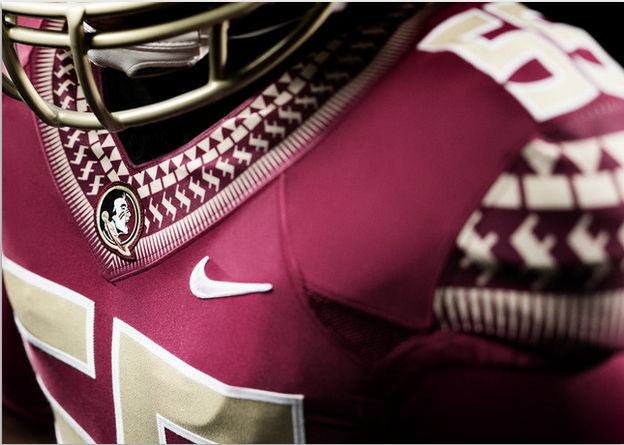