Yeah, this isn't the show for a Da Vinci Code type of treasure hunt. Even so, I checked and learned some of these things are real: 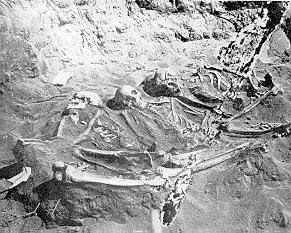 The agents called Burial Ridge the largest burial ground in "New York." If they meant the city, that's correct.

I don't know if the site's location is supposed to be secret, but FBI and the terrorists knew where to find it.

The Trinity Church is 29.7 miles from Conference House Park. That's close to 31 miles, but the direction is north-northeeast, not east.

Pneumonic plague is real too:

Pneumonic plagueI don't think it acts like the plague in The Blacklist, but the show covered itself by saying the terrorists genetically manipulated the bacteria.

The FBI agents didn't have much time to ponder things during the plague panic. Fortunately, the infected terrorists stupidly put themselves on planes where the authorities could intercept them.

But I was waiting for the agents to discuss the historical implications of their discoveries. "Europeans discovered the Western Hemisphere a hundred years before Columbus. Everything we know about world history since the Middle Ages is wrong!"

Alas, that never happened. Maybe another episode will explore the profound consequences of overturning the Columbus "myth."

Anyway, it was good to see a bit of Native lore in a network TV show. And mostly accurate lore, too. 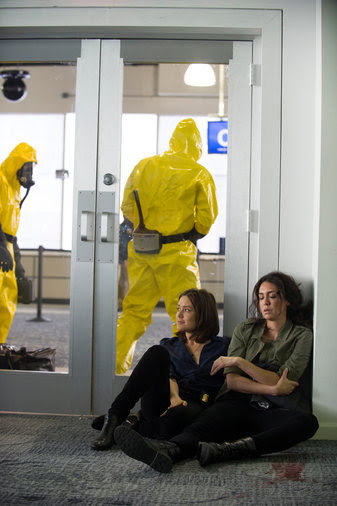