During the recent anti-Redskins protests in Phoenix, owner Dan Snyder bused in some Navajo students from remote Red Mesa. The reason: Their school nickname is the Redskins.

Critics have made much of the fact that some Native schools have a Redskins nickname and mascot. For instance:

In Arizona, a Navajo high school emerges as a defender of the Washington Redskins

Note: Love how the right-wing "education editor" in the last article thinks he's telling us something. Actually, the Native use of "Redskins" has been part of the debate for decades.

In her Native Appropriations blog, Adrienne Keene tackles the first article by Washington Post writer Ian Shapira. Her main point is that it isn't just the name, but the effects of the name, that mascot foes object to. Things like this: 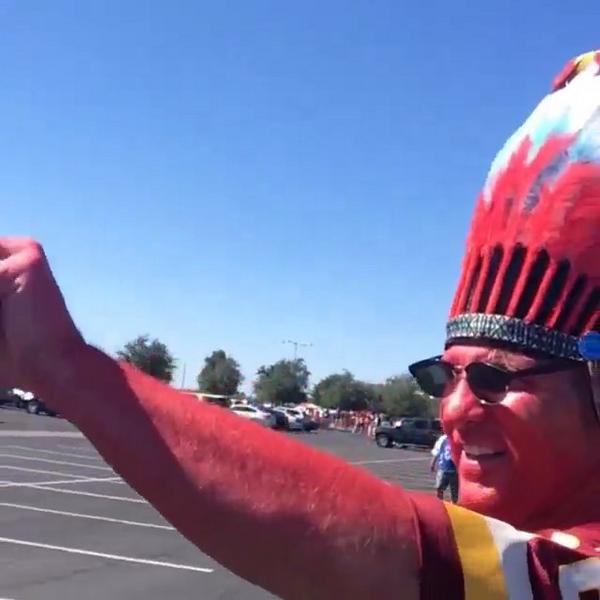 Keene goes on to explain how Native schools that use the Redskins name aren't fostering the same racist stereotyping:

Missing the point on the Red Mesa Redsk*ns