Hey section8, you see "Deadliest Warrior" this week?Comment:  For more on the subject, see Rampaging in Geronimo and Resistance in Geronimo. 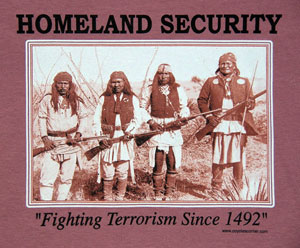