Another negative reaction to the Cobell settlement:

Good news for Native Americans.  Not.

By Jim KentComment:  To be fair, Elouise Cobell called the settlement a "bittersweet victory." But she accepted it rather than fighting on. Presumably she agreed to settle because she didn't think the plaintiffs could do any better.

For more on the subject, see Why the Cobell Plaintiffs Settled. 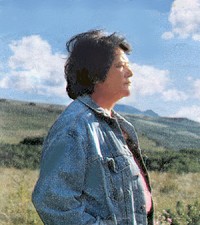