A press release forwarded by blogger Stephen Bridenstine:Comment:  Note that all the "Indian names" in the image below are negative. If the shirts said "My Indian Name is Kills Custer" or "My Indian Name is Owns the United States," we wouldn't be having this conversation. 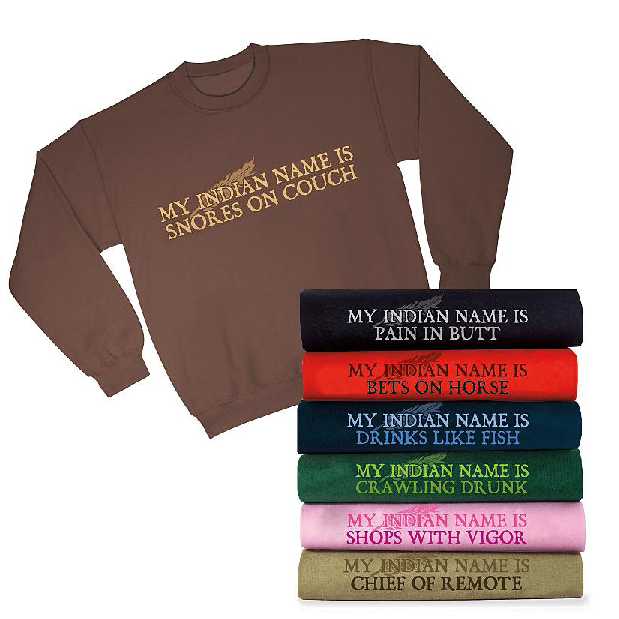